Tools You Need to Build a DIY Garage 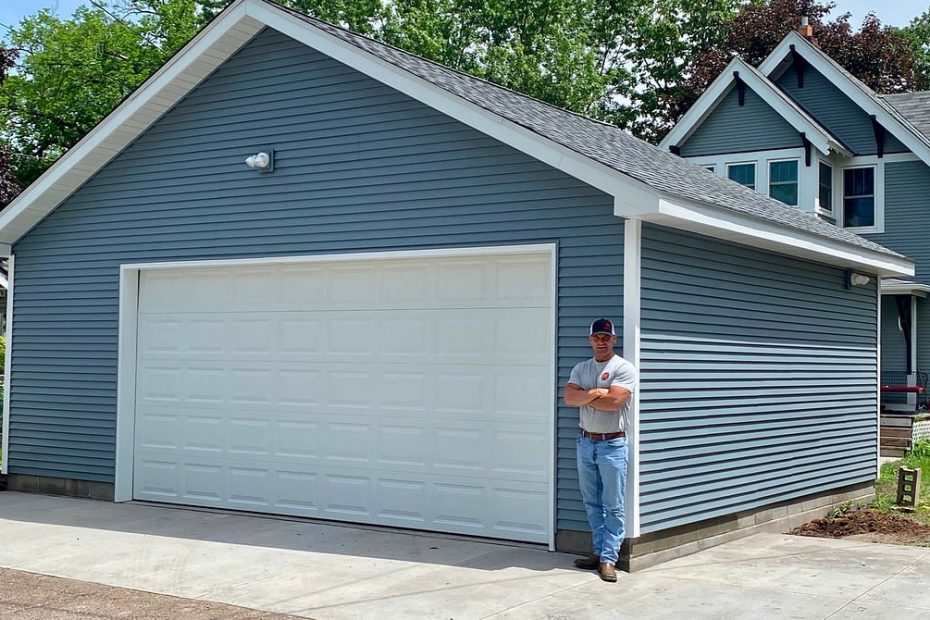 If you are considering building a garage to store a car, store other stuff, be a workshop, or any other reason, you’ve probably wondered two things: how much will it cost and what tools will I need?

Things to Know Before You Build a Garage

When deciding to start building any stand alone structure, you’ll need to get a permit from your city or county. Not all construction requires a building permit. Whether your project needs a permit depends on what is required by your local building code. Each municipality is governed by its own code, which has its own permitting requirements. Start by making or buying plans for a garage. Then show your plans to see if a permit is required.

The heart of building your own garage will come down to your ability to successfully construct the framing. In order to do that, you will need proper nailers.

Framing nailers are typically used for larger projects and drive the larger gauge nails ranging from roughly .113” to .131” in diameter. The lengths are roughly 1-¼” long to 3-½”. It’s considered an essential tool for any home building project. It has the ability to drive nails into a framing assembly much faster than any skilled carpenter could do with a nail and hammer. It must be used properly and safely to avoid serious injury.

The pneumatic framing nailer is assisted by air compression which delivers air to the tool through a hose. When driving a nail, the compressed air works with a piston in order to drive nails into the wood. The cordless framing nailer is very similar, but rather than using a hose to deliver the air pressure, it uses a disposable compressed air canister that fits compactly inside of the unit. It is battery-powered and must be recharged after a fair amount of use.

Again, having the right nailer is essential when constructing your DIY workshop, and the rest of the tools featured in this post build off of this tool.

There’s a ton of different saws out there for every imaginable job. But for building a garage the one you’ll use most is a circular saw. A good circular saw should have enough raw power to slice through everything from wet lumber to dense hardwood without bogging down. “When the motor slows, the blade heats up and dulls quickly,” explains Tom Silva, This Old House general contractor. This not only produces a poor cut, it’s dangerous because the blade can climb out of the kerf and push the saw back toward the user.

If you don’t already have a drill, you’re going to need one. Apart from just drilling holes, there is a lot more that your drill can do for you on different projects. Some examples would be driving and removing screw fasteners, speeding up the installation and the removal of nuts and bolts, mixing paint, and cutting large holes in plywood and metal. Modern cordless electric drills do lots of jobs on a construction site very well

Levels are simple tools that let you know if building components are level or plumb. The frame or ‘bones’ of a building is what lends strength and integrity to its structure. Hence, when framing walls, roofs and floors, you want to make sure they are standing straight up or are exactly horizontal. And a long, sturdy, framing level is what allows you to do this. The only learning curve is understanding how to read the bubble level, which really isn’t that hard.

Where would we be without measuring tape? It’s a given that it’s a necessity in any building project. There are actually some cool facts about tape measures that not many people know.

In almost all tape measures, there is a small slot in the end hook. Its purpose is so that it can grab onto the head of a screw or a nail. So if you need to measure a set point on a level surface, there is no need to have someone else holding the tape. You can just sink a nail or screw, hook the end into the slot, and simply measure away from there.

You might not have heard of this before, but there is a tool that is called a square. Despite its name, it’s actually usually a triangle or “L” shape. The reason it’s called a square is not because of its appearance, but its function. The function is the ability to identify square (90-degree) angles. There are a variety of different kinds, such as carpenter’s squares and T-squares. Squares are used by professionals in many different fields.

Other types of squares are known as speed squares, combination squares, and framing squares, each with different functions. Some squares can be used to find any angle. Others are used for squaring up and measuring short distances, like when marking a spot for a screw placement.

There’s just something special about the way that a chalk line in just the blink of an eye is able to create a stunning and perfectly straight line. There is no other tool out there, apart from a very expensive laser, that is able to make a straight line across a long distance with such speed and reliability. Chalk lines are used extensively in the construction and building industry due to how important it is to have straight lines between two points.

To use a chalk line, it must be filled with powdered chalk from a squeeze bottle. Options are typically blue, white, red, or fluorescent chalk. Mark the two endpoints of the line that you wish to draw (measuring tape may be helpful here). Then you tie the end of the chalk line to a clip or loop before hammering a nail or driving a screw into the two endpoints.

After doing this, hook the chalk line clip over the screw or nailhead and bring the string to the opposite end. Now once you have the chalk line over the second mark, you can just lift off the string, allowing it to return back on top of the surface. Voila, there is now a straight line! This will come in handy when building your DIY workshop.

Building your own garage will take some preparation. With this guide, you’ll know what tools to have to get the job done. When everything is complete, you will have a usable working space and you can take pride in your new space.